Receive up to $500 off select homes

Tips on Moving to Sacramento and Antelope, CA 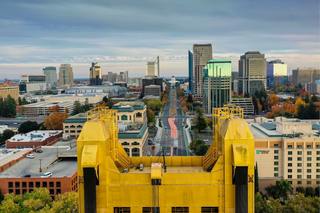 Why Move to Sacramento?

The city has been known for being an affordable, culturally-rich place to enjoy the bounty of California living and year-round sunshine. People leave the Bay Area for a quieter life here, but they also move up into Sacramento from small, tucked-away towns to look for something livelier. Sacramento, therefore, has something for everyone. We have laid-back, natural living as well as exciting city activity. All the different neighborhoods have different vibes on offer.

Sacramento ranks well in terms of factors for good living. It joins other cities in the Bay Area in the list of the top 10 healthiest cities in the United States, according to The Centrum® Healthiest Cities Study. It’s also considered one of the most affordable cities in the California. House prices average at about a half million (compared to closer to 1.5 million in San Francisco). In Resonance Consultancy’s worldwide ranking of cities, Sacramento makes top 100 based on factors ranging from economic health, safety, education, and more.

Our city has its downsides, but it’s full of heart, possibility, and ambition.

In Sacramento, we get to enjoy the year-round sunny California weather that exists in the rest of the Bay Area. Like other Californians, we spend a lot of time in the great outdoors with all the nearby parks and nature preserves. However, our area offers quieter, more suburban living, great schools, affordable housing, and green space. Remote work is common here, and it’s easy to get transportation to the Bay Area if you need to go into the office for a company there once in awhile. We also have our own industry sectors in technology, healthcare, and education.

We are known as the “City of Trees” for our streets lined with mature sycamore trees, and we are called the “Farm to Fork Capital” because our proximity to agricultural centers means we get the freshest foods. We are also home to a lot of history, including historical sites in our downtown center.

What is the Best Neighborhood to Live in Sacramento?

There are lots of different types of living in Sacramento, and you should check out our neighborhood guide for more information on all the neighborhoods. We’re biased, but we think where the Arbors are located in Antelope, CA is the best neighborhood here. A suburb of Sacramento, we’re a quiet area surrounded by trees and parks, including proximity to Lake Tahoe and our most popular community park, which is known as The Park of Dreams.

It’s an easy drive (or an efficient public transit jaunt) into downtown Sacramento for cultural attractions and events.

What is the Cost of Living in Sacramento?

As of 2022, living in Sacramento is about 12% lower than the state average and 22% higher than the national average, according to the Cost of Living Index. That means while it’s still expensive, like much of California, it’s relatively affordable for this state. The average salary of someone living in Sacramento is a little under $70,000 a year. According to MIT, the living wage in our city for an adult in a household with two working adults and three children is around $34 an hour (for full-time work), which amounts to about $70,000. For an adult living alone, the living wage is $19.48, which translates to about $40,500.

We might be biased, but moving to Antelope and Sacramento is one of the best things we've ever done. Join us in this sunny, wonder-filled city.