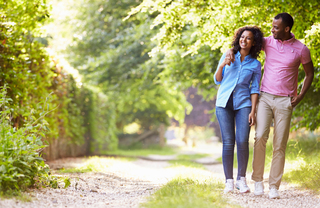 It turns out that living in [apartments for rent in Sacramento])(http://www.carmelapartments.com/the-arbors-at-antelope-antelope-ca/ is really a good idea. For those of us living in this beautiful community already, it comes as no surprise to find out that Sunset Magazine has considered Sacramento the number 1 Game Changing place to live in all of the Golden State. This is a proud moment for the state’s capital and it is definitely something that we should all celebrate.

Are you thinking about moving here? If so, there’s a lot to learn about this wonderful city and we’d like to help fill in the blanks by sharing some of the many reasons why anyone and everyone should think about living in this beautiful location.

So that’s exactly what we’re going to do. We’re going to fill you in on the many wonderful things happening in this great community. We’ll tell you about the beautiful neighborhoods, the great weather, the low cost of living when compared to other areas of California, and so much more.

Overall, we want you to see that Sacramento is an amazing place to live. We want you to recognize that it’s a great place to spend the rest of your life with your spouse and raise wonderful, well-educated kids that go on to do great things in life. And most of all, we want you to know that moving to Sacramento could change your entire life for the better. So with that in mind, we’ll now get to the good stuff below.

Why Did Sunset Magazine Choose Sacramento As the #1 Game Changing Place to Live?

According to Sunset Magazine, “it used to be that come Friday night, this cow town practically emptied out – it’s county and state capital employees fleeing for the suburbs or surrounding farmlands. But in the years that followed the 2008 recession, real-estate development and a steady crop of new restaurants and boutiques took advantage of the low rents and property costs and slowly fill the streets of Sacramento.

“Today, its core of old Victorians are flanked by modern lofts, and weekends see once sparsely populated neighborhoods bumping with sidewalk cafés and hip brewpubs. The area’s traditional farmer-rancher mind-set has also made its way into the city itself. In 2017, the County Board of Supervisors passed a law allowing residents to sell homegrown food on their own properties and raise animals for educational programs such as 4-H.”

As you can see, this once small town is now a large and growing city. It has a population of nearly 500,000 people and the median home price is relatively inexpensive for California at $278,600. The unemployment rate is low at 4.8% and there are more than 40 farmers markets in the community. So it’s definitely a beautiful place to live and people have finally stop fleeing to the suburbs and have embraced their roots in Sacramento to become more of a Town & Country city dweller.

The Cost of Living in Sacramento Is Very Low

About a decade ago, Sacramento hit a very rough economic patch just like many other areas in the California and the rest of the United States. The recession that started in 2007 created a situation in this community that has turned it into a thriving city today. The overall recession made it possible to lower the cost of living, and better yet, it even helped lower housing costs in the area.

Not only is it very affordable to live in Sacramento, they also have low unemployment rates, which mean it’s fairly easy to get a job in this community as well. By having a steady income, you can quickly begin to lead a prosperous and fruitful life.

Now the low cost of living, when compared to the national average, is actually 5% above what other people pay throughout the country. But when you consider that Los Angeles is 21.5% above the national average, you can definitely see that living in Sacramento is the cost-effective option when compared to other areas of California, but not the entire nation as a whole.

How Are the Neighborhoods in Sacramento?

Quite honestly, Sacramento is a gorgeous place to live. Some of the more popular up-and-coming neighborhoods include Midtown Sacramento, East Sacramento, South Land Park, and College Greens to name a few of the best and brightest located in the city. In the suburbs, you should consider Cameron Park, Folsom, Orangevale, Roseville, or Elk Grove, because they are also excellent places to live.

Is the Winter Relatively Mild in Sacramento?

If you’re relocating from the east, you’re definitely going to love the weather in Sacramento during the winter. While there are occasions for the winters to get relatively cold in this city, it doesn’t happen all that often. And snow is rarely a problem in the area as well, so you could expect to experience manageable, mild winters most of the time.

As far as the summer is concerned, this part of California is generally humid and hot, and more so than other areas of this state. So if you do not mind hotter, more humid temperatures, then this place is going to be right up your alley. And it’s a hot, dry heat, which makes it easier to tolerate than other types of humidity.

The Arbors at Antelope Apartments is an extra special place because it’s a Sacramento community that makes luxury living a top priority. According to their website, “far from typical apartment living, our friendly community offers newly renovated homes and provides a unique rental opportunity and luxurious living experience for you and your family.”