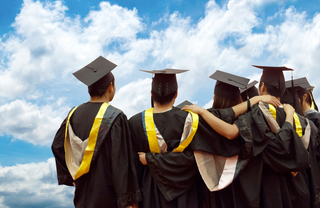 Let’s say you’re a business graduate, you’re savvy, and you want to make a move that’s going to give you a leg up on your prospects and career choices. What’s your move? It turns out looking at the Sacramento apartments for rent is a simple and easy play you can make to improve your chances for success, according to the Sacramento Bee:

“There's plenty of opportunity for business graduates to find employment in Sacramento. That's a huge reason why California's capital ranks in the top 10 of a survey's top U.S. cities for business and finance graduates to move to.”

The study they reference states that Sacramento ranks eighth overall when it comes to places that business graduates should consider relocating, and there are a host of factors that went into the decision. Today, we’re going to break down what the study is saying and offer some insights for making the most out of your move, if Sacramento becomes your city of choice.

So What’s Up With This Study?

The study in question was a collaboration between Move.org and Business.org. Their goal was to “review employment data and conduct cost of living analyses for America’s most populous metropolitan areas,” using that (and several other factors) to rank various cities as the “best for graduates to move.”

The rankings turned out as follows:

But how, precisely, did Move.org arrive at these conclusions? They list three major factors that weighed into their decision making process, taken from four sources — IHS Global Insight, Numbeo, the U.S. Census Bureau, and the U.S. Bureau of Labor Statistics:

Open Positions — Claiming that there’s “no point moving somewhere for a job if there are no jobs available,” they consulted the Bureau of Labor Statistics to find the number of open positions per 1,000 jobs in each of the metropolitan areas surveyed.

Cost of Livability — Reasoning that cities weren’t worth moving to if you couldn’t live there affordably and comfortably, the investigated what percentage of income business professionals had left over for “discretionary spending” after they paid for their essential living responsibilities.

Unemployment Rate — Stating that “unemployment rates are often a good barometer for the health of a particular city’s job market,” they took this factor into account to gauge long-term job prospects for the areas surveyed.

The results? You can take a look at their data chart for the numbers on all cities, but for Sacramento, they found that the percentage of open business positions was 8%, the cost of livability was 59.1%, and the unemployment rate was 10.5%, ranking Sacramento at 3rd, 16th, and 30th for those categories, respectively. In their analysis of the city, they stated that:

“The Greater Sacramento area lands at number eight on our list thanks in large part to its high number of open business and finance positions, which is at about an 8% vacancy—the third-highest on our list. This is in stark contrast to its high unemployment rate, which at 10.45% is the worst out of all the metro areas we analyzed.”

Sacramento’s ability to rank so highly overall, in spite of the disappointing unemployment rate, was the favorable cost of livability and higher number of open business positions, aided by the fact that “the most important factor when considering where to move.” So, not bad marks for Sacramento in the long run.

The high ranking, of course, wouldn’t be possible if Sacramento wasn’t amenable to business interests, and there are several things to consider when talking about why Sacramento and business growth go hand in hand.

A Look at Business and Working in Sacramento

You’ll recall back in 2016, Business Journal noted a number of companies that were ideal to work within Sacramento. According to the article, the way Sacramento business are treating their employees, with “competitive salaries and benefits, flexible work schedules, and lots of opportunities for individual development and career growth,” goes a long way to making employees happy and furthering the growth of businesses in town.

There’s a “cool factor” at play as well, according to the Sacramento Bee. More and more businesses are recognizing that the way to attract the best workers is to give them a hip place to work:

“As the economy rebounds, more Sacramento businesses are investing in employee-friendly workplaces, where stylish architecture and some surprising amenities create an environment they say encourages productivity.”

They featured several examples, but one standout in this regard was Stantec. It’s a consultancy located at 555 Capitol Mall, and the way they’ve redecorated their office space sets what might be the gold standard for how employees should be treated:

“Sunlight equals creativity. There are no private offices. Everybody – the architects, interior designers, and building engineers and environmental scientists – gets a cityscape view...There are [even] three small Hide Rooms to get away for private calls, one-on-one meetings or to decompress.”

The way Sacramento is leading the charge on providing for employees is yet another factor that makes the city so attractive for those going into business, recent graduates, etc. On the West Coast, at least, there aren’t many other towns like it.

We’re not talking about any normal apartments either. Finding a top-tier rental community near Sacramento is as easy as taking a trip over to the Arbors at Antelope. This friendly, contemporary space offers a unique opportunity to live in luxury, with fully-detached homes that provide the utmost in privacy and comfort. Take a look at some of the fine features you’ll enjoy, and when it comes time to make your move and enhance your career, be sure to make the Arbors your first stop on the road to success.