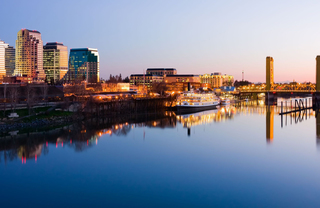 Sacramento real estate prices are certainly on the rise because many million-dollar homes are currently selling like crazy in this awesome community. So if you thought about buying and it’s possibly out of your price range, you could always look into a single family home for rent in the area to still become a member of this incredible community.

Some people would love to live here, but the recent housing price inflation is making it very difficult for people to afford the area. At the same time, the people who can afford to live in luxury are definitely going to enjoy the fruits of their labors because the city is amazing, the million-dollar homes are incredibly attractive, and the people living here are going to be your kind of people.

Many of you are wondering why the housing market is on such a hot streak in Sacramento. You would like to know why so many million dollar homes are selling like crazy in the area. We’ll discuss this and more to help you get a better understanding of the bigger picture of what’s going on.

Believe it or not, it may seem crazy that so many million-dollar homes are selling in Sacramento, but a big part of the reason is that the Bay Area housing prices are so outrageous that people can’t afford to live there. It’s become so expensive that they are moving northeast instead, and many are finding themselves in Sacramento, which is the capitol of California.

So now that Sacramento has such a huge influx of buyers, the prices for houses have gone up tremendously over the last few years. In fact, in many instances housing prices have doubled in five years. That doesn’t necessarily hold true with the million-dollar listings, but it holds true with many of the other houses that are currently selling in the area.

When a housing market gets hot, it shouldn’t come as any shock to anyone that million-dollar homes and the homes at median house prices also begin selling for a lot more than they were typically asking for. This situation creates bidding wars because there are a lot more buyers than sellers and the supply for houses is a lot smaller than one would hope as a buyer.

Is Sacramento on the Verge of Experiencing Another Housing Bubble?

Obviously, as a potential homebuyer you would be concerned about another housing bubble hitting Sacramento hard just like it did in 2005 to 2008. So this is obviously a serious issue that you would like to learn about.

While nobody could definitely predict a housing market because it’s really difficult to do that, our opinion about a potential bubble is that one doesn’t actually exist. And there’s a very specific reason behind our thinking that we’d like to tell you about now.

Remember the housing crisis that started in 2005 and came to a head in 2008? The whole crisis was pretty much fueled by bad loans and subprime loans. These loans were given to people that should absolutely have never been given a loan in the first place. They didn’t make enough money to consistently pay the loans and in many cases they were getting even more money through refinancing on value that really didn’t exist.

The housing prices today are definitely going up but they aren’t going up on the backs of bad loans and other unfortunate practices that were performed during the housing crisis by the mortgage industry. On the contrary, many people are coming over from the Bay Area with lots of tech money and the housing prices are going up because these people can absolutely afford to pay higher prices for high quality real estate in a great city like Sacramento.

So it’s very different than what we experienced roughly 10 years ago. The rise in housing prices is all about high quality people buying high quality property at more affordable prices than the Bay Area yet higher prices in the community. Because the alternative is to pay outrageous prices around San Francisco, and smart investors would rather not overdo it because they want to make the practical and smart choice. Nobody wants to end up in foreclosure and thankfully it seems like we have finally learned our lesson. We had to crash the entire housing market in order to learn this lesson, but it looks like it did finally happen.

Is There Going to Be Any Significant Changes to the Housing Market throughout the Rest of 2018?

Many people are wondering if housing prices might eventually drop, or at best, will a major flood of houses suddenly hit the market in the near future. The truth is that it doesn’t seem like anything is going to change for the time being.

In fact, there are enough houses hitting the market to create bidding wars and certainly sustain the real estate agencies so they’re making big bucks. But there will not be a mass abundance of houses anytime soon because so many people recently bought these houses and they do not plan on selling them just yet.

The same holds true with the million-dollar listings in Sacramento. These houses are definitely selling like hot cakes as the title mentions, but there isn’t going to be a massive influx of million-dollar properties hitting the market soon because there are so many recent buyers who bought these homes to live in with their families and they don’t plan on selling them at the moment. This could change if prices go even higher and potential buyers start making offers that can’t be refused, but we haven’t quite reached this level just yet.

The Ideal Single Family Home for Rent in Sacramento

The Arbors at Antelope Apartments is a wonderful community environment for young professionals. “Far from typical apartment living, our friendly community offers newly renovated homes and provides a unique rental opportunity and a luxurious living experience for you and your family. You can select one of our fully detached homes and say goodbye to sharing walls with neighbors.”