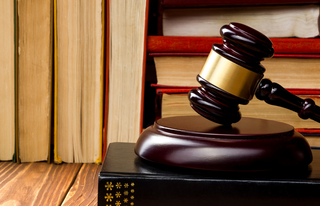 Ever on the cutting edge of reform, Californians are used to yearly changes in the law that affect various aspects of life from the food they eat to their work environments. If you commute from The Arbors apartments to Sacramento or simply live in the area, then here are few changes in 2019 worth your attention.
The Workplace

There are three bills signed into effect on the first of January that deal with different aspects of employee relations and management. In the wake of the Me Too movement, Governor Jerry Brown signed Senate Bill (SB) 820, SB 1300, and AB 1976.

SB 820 bans non-disclosure agreements and forms of secret settlements in employee sexual misconduct cases. Employers and employees alike are held accountable to this law if accused of the crime, with any individual accused having their identity made public. Victims can still choose to remain anonymous, though.

SB 1300 focuses on closing a loophole exploited by employers when hiring employees. In the past, they would have been able to avoid the consequences of discrimination laws and sexual harassment charges by requiring that their workers sign releases of liability as a condition of employment. This bill also makes it illegal to do so through the incentive of a bonus.

Finally, Assembly Bill (AB) 1976 creates a requirement for employees to give new mothers a private space to pump. Employee bathrooms no longer count as a suitable space, specifically when they are able to be occupied by more than one person. Regardless, a separate and private space is needed that is not a bathroom. This bill builds off an existing 2018 law in San Francisco, making this regulation state-wide.

The gun law debate is all over the news, which makes it no surprise that California is doing its part to help keep firearms out of dangerous hands. The first initiative set to take place in February will raise the minimum buying age from 18 to 21. This now encompasses all firearms, not just handguns. Exceptions are made for licensed hunters, law enforcement, and military members.

The second law, AB 3129, passed into effect on the 1st of this year creates the punishment of a lifetime firearms ban for any misdemeanor domestic violence offense. This new legislation builds upon existing laws that apply to those with felony convictions, broadening the scope of those considered too dangerous to own a firearm while hopefully cracking down on domestic abuse.

Third, gun store owners must now post warning signs in their stores in accordance with Assembly Bill 1525. These signs simply need to detail the risks and rules of handling guns, reminding the public that owning a firearm comes with a level of responsibility.

Both SB 1421 and AB 748 will change the way police use of force cases are handled within the state of California. Each is an attempt to hold misuse of force offenders accountable for the actions while further defining when the use force is necessary.

SB 1421 gives the public access to internal investigation involving any use of force cases as well as police shootings and any record dealing with sexual assault by an officer. Not only does this bill remove red tape for journalists, it gives citizens a way to spot cops turned criminals and a larger voice when these cases occur.

AB 748 will not take effect until July, but it requires departments to release their camera footage to the public within 45 days of a shooting or in an opened use of force case. Unless the footage would interfere with an ongoing investigation, the requirement stands. While that’s still murky water, it could help to make these cases clearer.

Spurring these laws was last year’s shooting of Stephon Clark by Sacramento Police. The 22-year-old was suspected of a car break in, but was shot to death in his grandmother’s backyard when officers supposedly mistook his cellphone for a firearm. National protests ensued, urging lawmakers to pass new legislation holding law enforcement accountable and protecting citizens from misuse of force.

Taking effect the first of this year, there are a number of changes taking place within the food industry. The first two are relatively minor, altering your interactions with restaurants. Full-service restaurants can now only give you a plastic straw if you ask for one. Fines up to $300 dollars are in effect for failures to comply. This change does not apply to fast food chains, however.

Next, any restaurant that offers kids meals is required to offer either milk or water as the default drink instead of soda. You can, of course, still choose soda for your child. The goal is to encourage families to make healthier choices when dining out.

Finally, sidewalk vendors are no longer subject to criminal penalties. Cities and counties are required to issue them a license to operate like any other business. This change includes home cooks to sell food straight from there homes in any county that opts in. As long as their home and operations meet inspection standards and they apply for the proper permit, home food businesses have the green light to sell their product.

Whether you agree or disagree with these changes, The Arbors provides a place where you can relax and let the worries of the world fall to the wayside. Your single-family home in this stunning gated community offers 150 acres of beautifully manicured grounds to keep you smiling day in and day out. Anything but typical, this friendly community offers newly-renovated homes that provide a unique rental opportunity in Antelope. From quiet cul-de-sacs to private pet parks, the entire complex is geared towards maximum resident comfort.

A prime location gives you easy access to premier shopping centers, excellent schools, and public transportation while keeping you close-by to California’s beautiful nature scenes. Modern furnishings ranging from hardwood floors to-built in cutting boards provide the lush comforts of home that elevate your sense of living. Meanwhile, a community brimming with carefully curated amenities caters to every facet of life from fitness to work and relaxation.

Experience a new definition of luxury life in the Sacramento area, one that envelopes you in relaxation and comfort. Welcome to The Arbors, where a new life awaits.